One hundred years ago on November 11th, 1918 Americans celebrated Armistice Day to mark the first anniversary of the end of hostilities from World War I. November 11th held special significance to the veterans of “the war to end all wars” as it was on the 11th hour of the 1th day of the 11th month that hostilities ended. On this day the Allied nations and Germany signed an armistice. It wasn’t until June of 1919 that the war officially ended with the signing of the Treaty of Versailles. 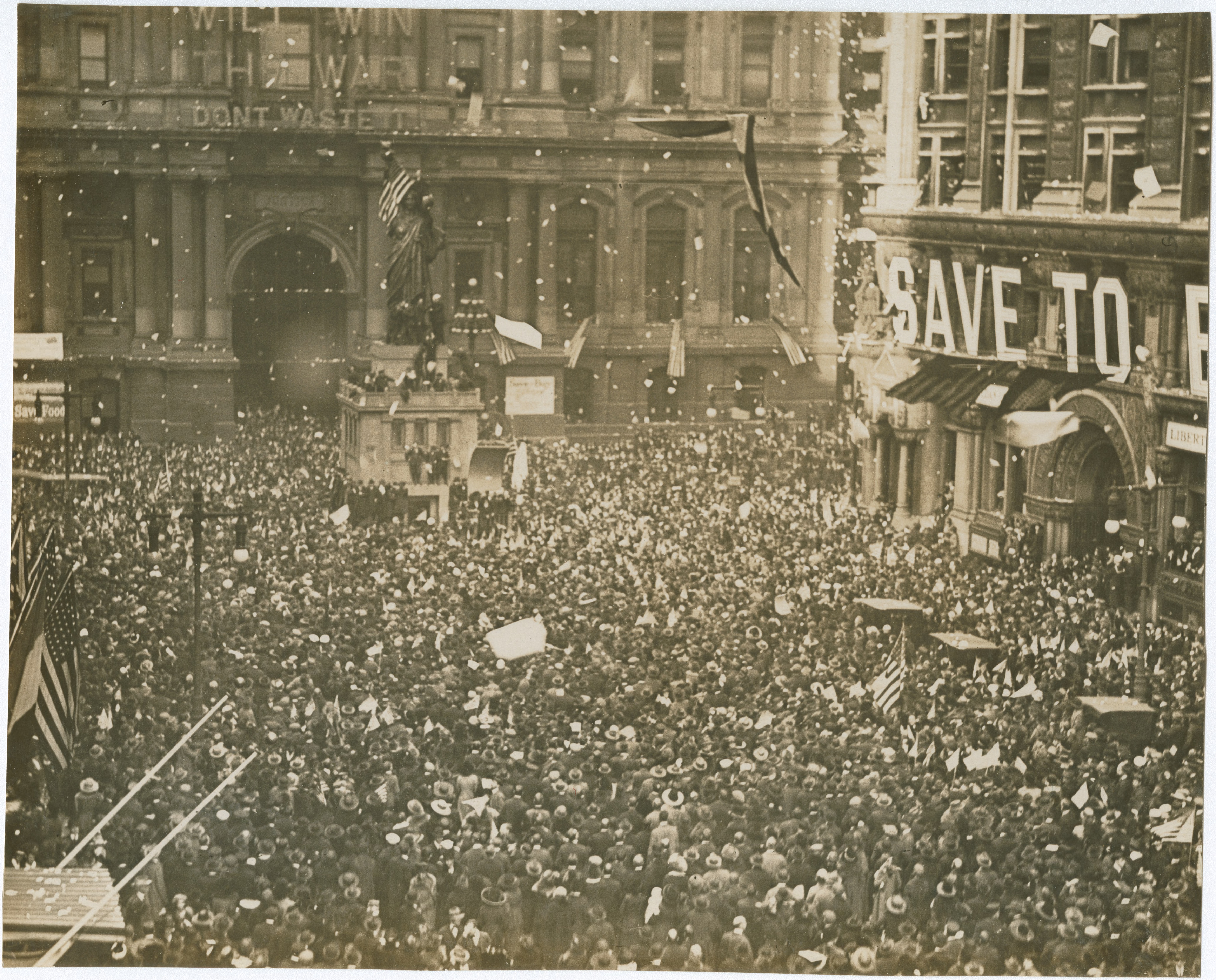 It can be difficult for someone who has not served in the military to understand the sacrifices of our service members and their families. I never thought I would join the service, but fate had other plans. I had finished college and was at a crossroads. There didn’t seem to be any jobs in my field and we were expecting our first child. I had auditioned for the Army Band based in Washington, DC, but did not win the job. The Army offered me the opportunity to join a regular army band so I decided to enlist. I was a trumpet player and finding a full-time job as a musician can be tough. I was 29, married, and expecting a child. Could I do this? What would basic training be like?

I survived basic training at Fort Sill in Oklahoma and went on to join the U.S. Army Signal Corps Band at Fort Gordon, GA. One of my assignments was to perform taps at the funerals of veterans. I will never forget the sound of the rifles firing and taps echoing through the cemetery. Of all the jobs I have had, this was the most important. A final send off to the veteran who had served our country with pride and honor.

While in the Army I learned more about the lives of soldiers; the frequent moves, deployments, training exercises, and the separation from family many experienced in the course of their service. My admiration and respect for my fellow soldiers grew daily. It didn’t matter what job we had, everyone worked together in service to our country.

According to the U.S. Department of VeteransAffairs, Veterans Day evolved from Armistice Day to become a day to honor American Veterans of all wars. Congress amended the 1938 bill, striking the word “Armistice” and replacing it with the word “Veterans.”

It is now a day when many take time to honor all service members including veterans and active-duty personnel.

HIstory.com lists several interesting facts about Veterans in the U.S. inlcuding the following:

18.2 million living veterans served during at least one war as of 2018.

The Center for American War Letters

An amazing collection of war letters is located at Chapman University in The Center for American War Letters.

Here is the description of the Center from their website:

The Center for American War Letters (CAWL) is a unique and extensive manuscript collection of war letters from every American conflict, beginning with handwritten missives composed during the Revolutionary War and continuing up to emails sent from Iraq and Afghanistan. These personal war-related correspondences are a vital record of the collective memory of the American people, as witnessed and articulated by service members, veterans, and their loved ones, who experienced these wars firsthand.

Visitors to the CAWL website can view digitized letters in the archive. Letters in the collection go back to the Civil War and continue through history up to the Iraq War. Take time to read some letters to gain a better understanding of the impact wartime service had on soldiers and family.

Thank you to all who have served and those currently serving in the U.S. Armed Forces.

National School Bus Safety Week It was still dark each morning when my brother and I ran out the door to catch the school bus. On those cold winter mornings, we would watch for the Read more…

Preaching to the Choir It is no secret that inequality has reached epic proportions in the U.S. and that people at the bottom do not need to read about it as they are living it. Read more…